On the topic of freedom, this is huge:

Former PM David Cameron has revealed he asked whether the Queen could "raise an eyebrow" about the prospect of Scotland voting for independence.

He told the BBC he sought help from royal officials days before the 2014 vote amid "mounting panic" he may lose.

What was discussed was not "anything that would be in any way improper... but just a raising of the eyebrow even... a quarter of an inch", he said.

The Queen later urged people to "think very carefully about the future".

The comments - made to a well-wisher outside a church on the Balmoral estate - were one of the main talking points of the referendum campaign.

At the time, the BBC's royal correspondent said the Queen's words were "more of an observation than an intervention", while Buckingham Palace said any suggestion the Queen was seeking to influence the outcome of the referendum was "categorically wrong".

Officials insisted the monarch was above politics, and the issue of Scotland's future was a matter for the people.

Two weeks after the Scottish referendum, Mr Cameron was forced to apologise after suggesting the Queen "purred down the phone" when she was told about the No result.

tHe BrItIsH mOnArChY iS aPoLiTiCaL

{{ Mind you, not many folk in Scotland at the time thought she was impartial. And her comment was widely seen as interferring in the referndum at the time.

The only surprising thing here is that Cameron actually comes out and confirms she was being political. Thats unheard of. What is said between PM and Queen is meant to be forever private. And it has not gone unnoticed by Her Majesty! }}

'David Cameron's revelation that he sought help from the Queen ahead of the Scottish independence vote in 2014 has caused displeasure at Buckingham Palace, a source has said.
A source told the BBC "it serves no-one's interests" for conversations between the PM and the Queen to be made public ."- BBC
_________________
Pure Publications, The Tower of Lore and the Former Admin's Office are Reasonably Proud to Present-

I think it's pretty awesome that some of the Hong Kong protestors are showing support for Calalonia. Those in the mainland may not even know about Catalonia because of internet restrictions.

Found this to be very interesting.

The place: Scotland. The time: 1695. Already, much of the Northern Hemisphere was shivering its way through the so-called Little Ice Age, which lasted from about 1450 to 1850. The decade from 1695-1705 was the coldest of all, though, according to a recent study in the Journal of Vulcanology and Geothermal Research. In fact, it’s still Scotland’s coldest decade in the last nearly 800 years. The century 1612-1711 is the coldest hundred-year period on record (1911-2010 is the warmest). Looking at rings from centuries-old trees in the Cairngorms in northern Scotland, the researchers and determined that this particular cold spell was caused by a few significant volcanic eruptions in the tropics and Iceland from 1693-1695, and possibly a shift in the North Atlantic/Arctic Oscillation, the atmospheric pressure pattern that affects the climate of the northern hemisphere.

The study’s authors lay out some of the consequences: Population loss in Scotland of around 10-15% (25% in some places) because of crop failure and ill-advised export laws, and over-enthusiasm about Darien, a proposed colony in Panama, which was a spectacular failure. It lasted less than two years and resulted in the deaths of about 2,000 colonists and the loss of about a third of Scotland’s wealth.

The effect of all of this — population loss, economic and agricultural collapse — was that Scotland united with England in 1707 after centuries of resistance, the authors write. And while no decades were as bad, climate-wise, as the 1690s, once unified with England, Scotland never saw the same kind of desperation again.

yes that is interesting I remember reading that in the 17th century the Thames froze over completely and they held markets on the ice, it was so deep. It was the mini-ice age.
_________________ 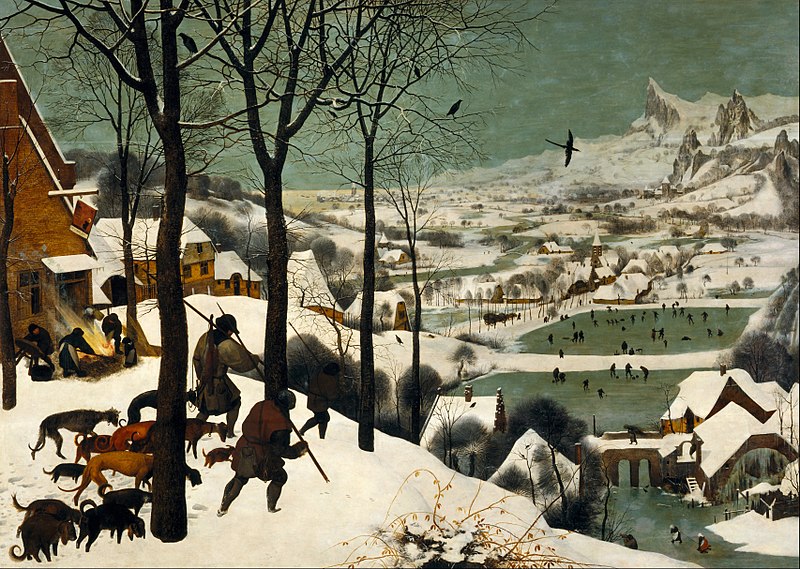