That was really well done.

So I went out in New York chasing one thing but found another, as often happens.  There was a lecture about New York Architecture among other things in Williamsburg, the hipster capital of the world.  I hadn't really had cause to explore there before, but this dragged me out.  It turned out to be a series of lectures in a place with standing room only, so I bugged out early and explored Williamsburg, and I'm glad I did.

Among other things I discovered Radagast Bier Hall, which I was vaguely aware of but never thought I'd actually manage to drag myself there.  Once I found it, I of course was obliged to go in. 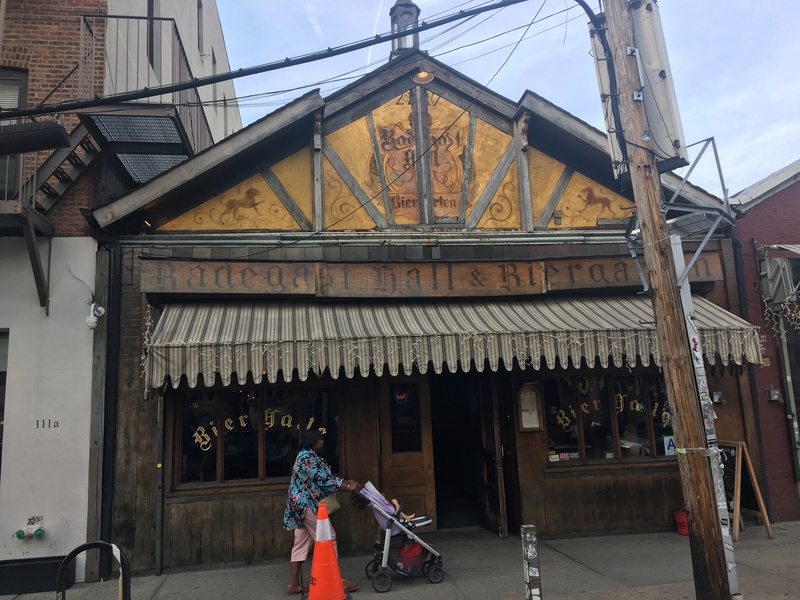 It has a delightfully medieval feel inside, with bunched herbs hanging from the rafters and whatnot; a bit dim for me to capture by camera.  It's pure German bier, very carefully curated, and much as I love all the fireworks of the modern American craft beer movement, nobody can match the balance and harmony of a good German beer.  It's a sort of Zen experience. 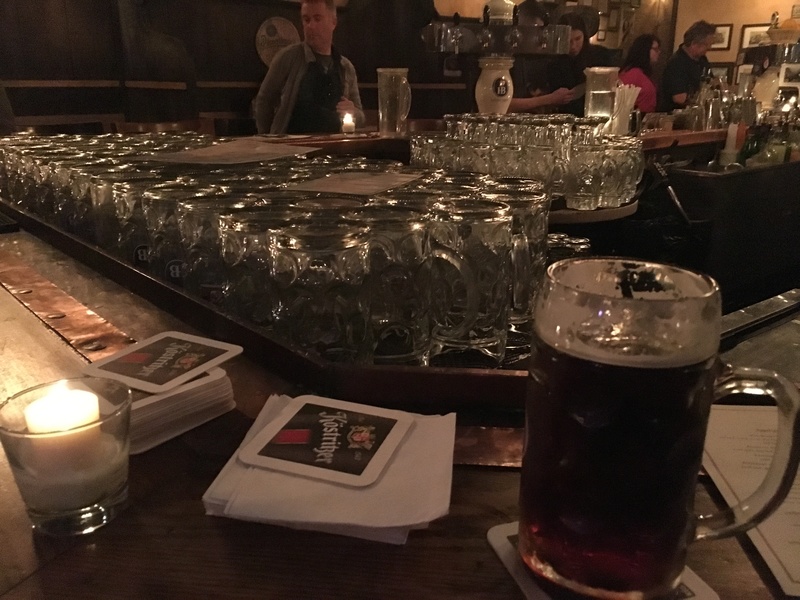 And then they have live music every night.  And it's Good.  and done by young people.  I think I had mentioned my fondness for young folks doing retro music.  Behold a Babe with a Banjo: 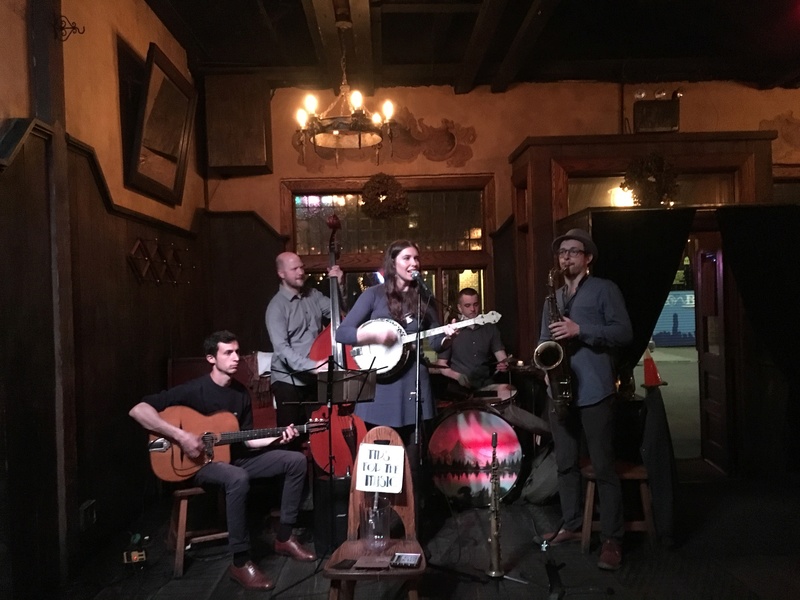 Some people may be able to resist that, but I sure can't.  What I really liked is you could tell they had been digging through old Salvation Army record collections: in her voice you could almost hear the hiss and pop of old LPs.  I mean, she nailed it.

As I've said before it really makes me happy to see young people picking out styles from the past.  Not because it's repetition, but because they are actively picking out the best that they've seen; expanding the palette of possibilities from the here and now.

Whenever I feel down in the dumps, thinking the Republic is spiralling into oblivion, something like this will snap me out of it.  The younger generation is not heading heedlessly into the future.  I think there's more awareness of the past now then previous generations have had.  There's a lot of hope in that.

I wrote that while still half drunk and heading to bed. In the bright morning light I doubt youth studying older forms of music will have much effect on anything.

In my experience, hope can be found in BOTH good music and good beer

And now that I'm over the temporary morning depression that comes from pulling myself out of a comfy bed with a slight hangover, my sense of optimism arising from young people doing delightful things has returned.

I also need to return to a nearby German bier garden to see if their beer selection is as good, or maybe the ambience was affecting my taste buds?  All I know is both beers last night were heavenly beyond compare.
_________________
Halfwise, son of Halfwit. Brother of Nitwit, son of Halfwit. Half brother of Figwit.
Then it gets complicated...

Its lovely when you have 'times' like that. The feeling stays with you & you never forget, or at least you try not to

Looks like a great place, halfy, if I ever go to New York I'll keep it mind

Yeah that place looks bangin'!
_________________
"'But whereas we have drunk with thee, who seemest to be a man of lineage, and thou hast been blithe with us, we will tell thee that we have seen one riding south along the Greenway, clad in a coat as green as the way, with the leafless tree done on his breast. So nigh to him we were that we heard his cry as he sped along, as ye may hear the lapwing whining, for he said: "POINT AND EDGE, POINT AND EDGE! THE RED WATER AMIDST OF THE HILLS!" In my lifetime such a man hath, to my knowledge, been seen thrice before; and after each sight of him followed evil days and the death of men.'" 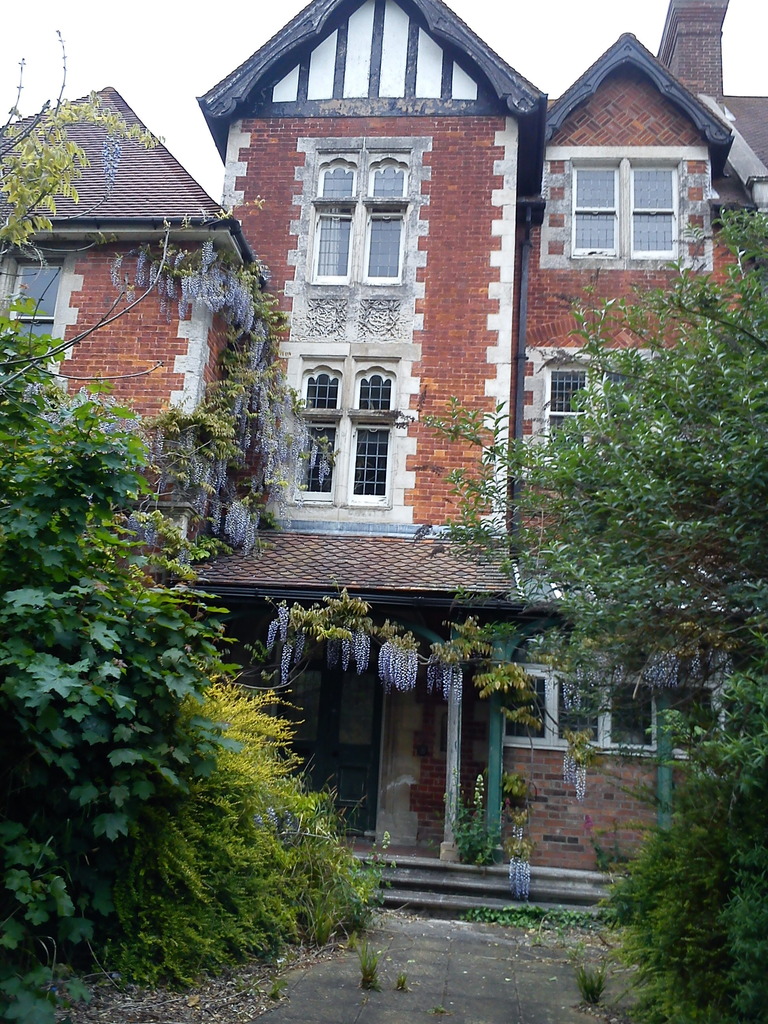 A house near where I live. It always seems to pull me when I walk by. I bet the inside is nice, a bit Edward Burne  Jones 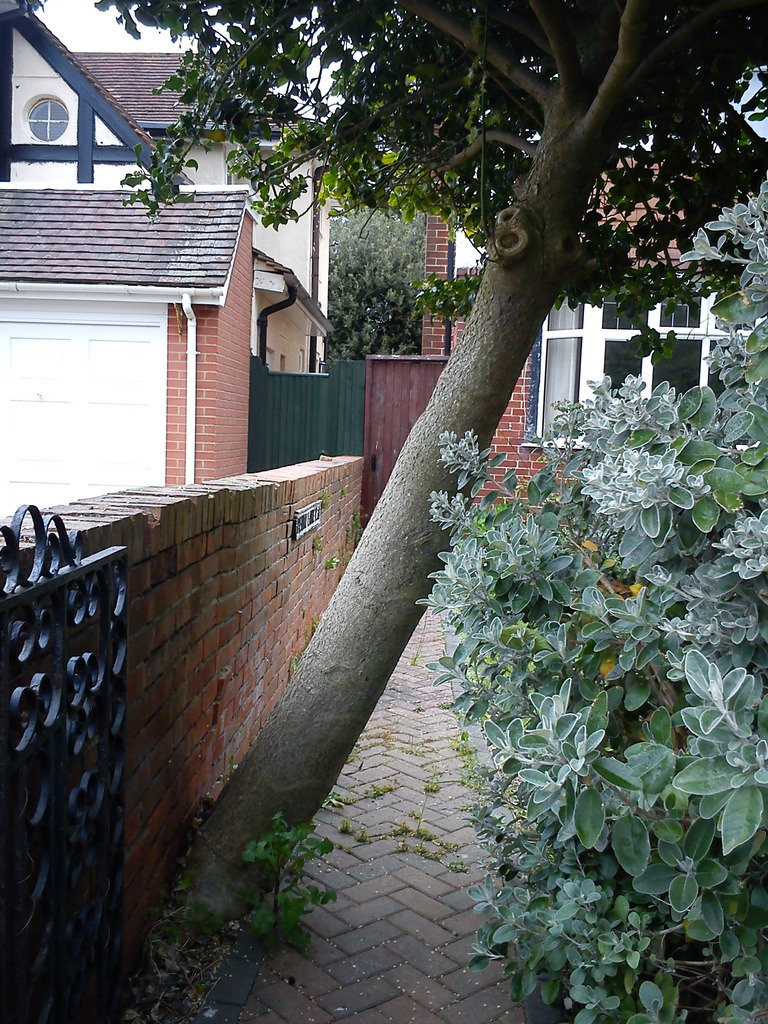 I think we have mad trees that want to roam 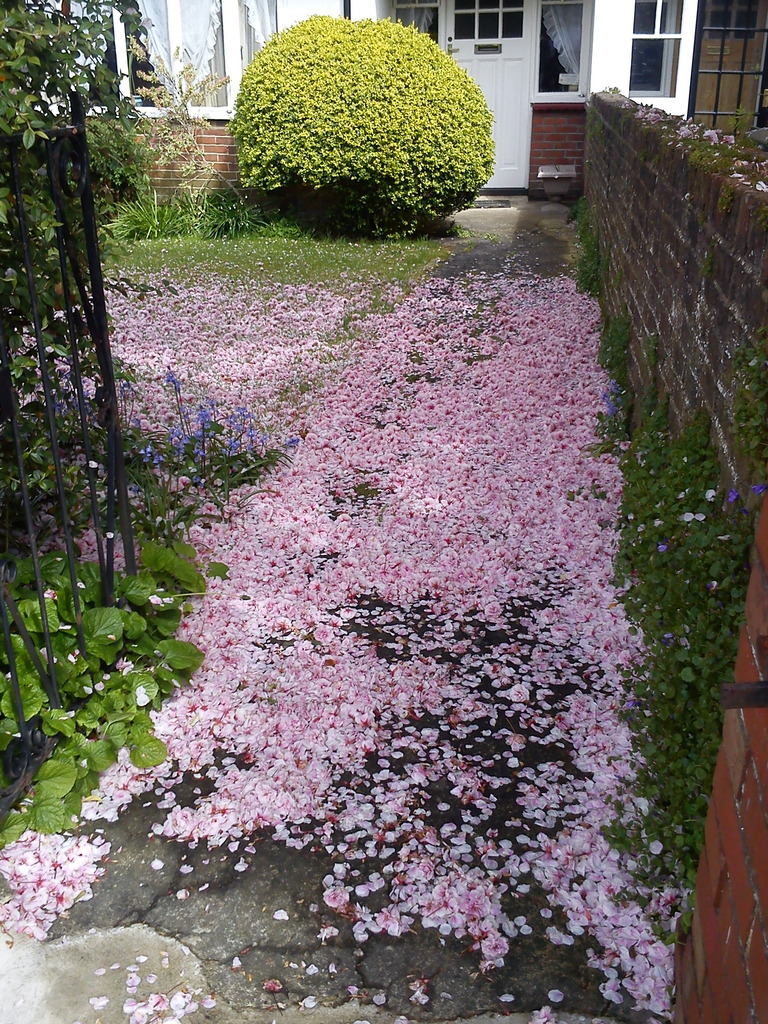 The last of the blossom... 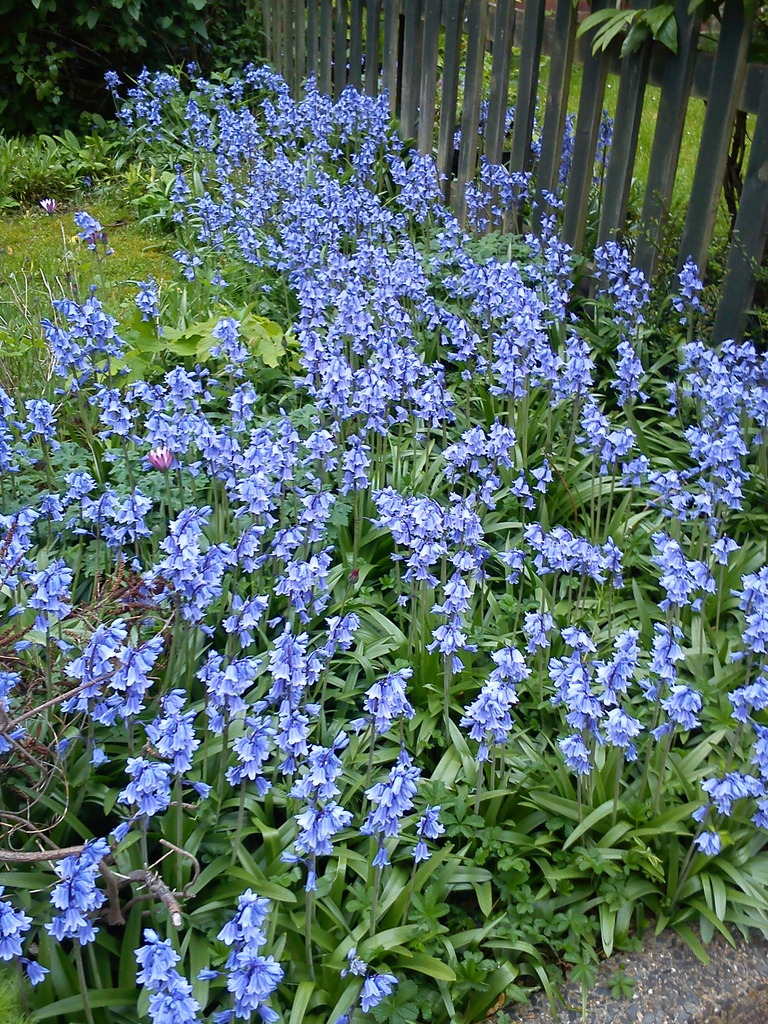 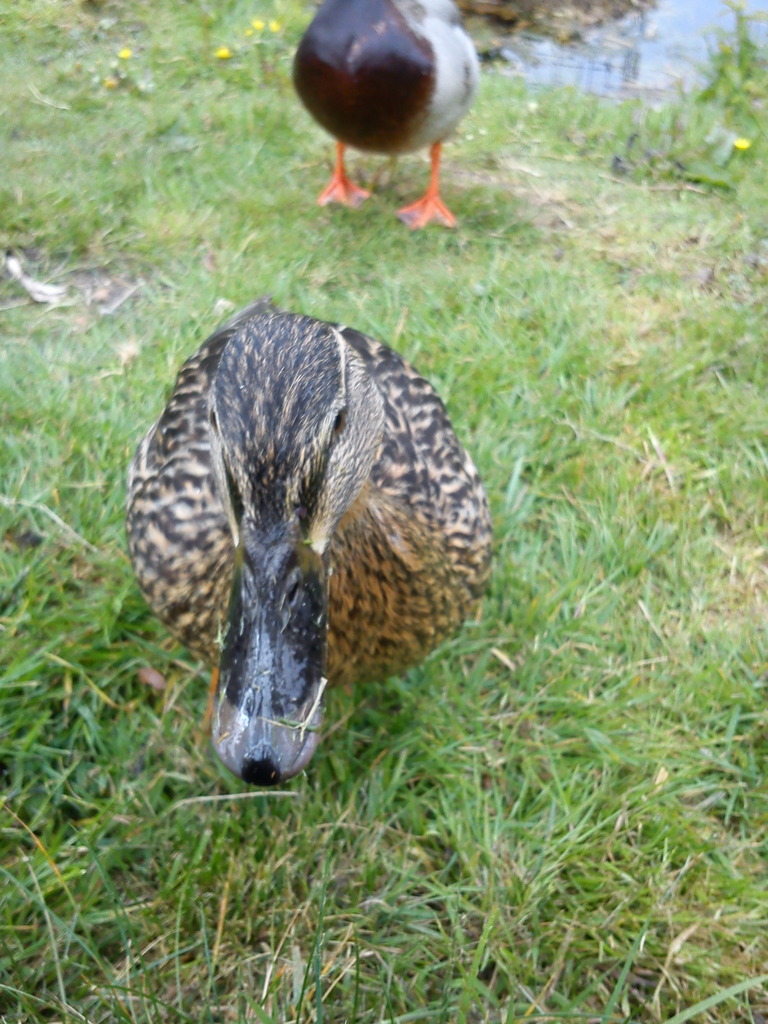 It's always bittersweet to see the last of the petals decorating the ground, knowing it's the last gasp of beauty.

That duck seems to have an attitude about it's turf.

Awh, she thought my camera was food

i am aparently allergic to sun..  i get like a rash, i thought it was just the sunscreen (lotion) but naaaah.. it's the sun..... fuck me... at least it'll pass as my skin is reminded that the sun exists. but jees... can't i just get tan like normal people??

Oh no Norc. I hope its a passing phase ? Hope its not sore or painful

no it's not a sunburn. it's hard to explain and few proper pictures online, but it looks sort of like a rash, almost like acne but it's not. you can get it on the face and arms, really anywhere that is exposed to sun. it's rarer to get it on the face (but i did lol) because the face is often tougher since it's always out. but my face is fair and pale and tender and all that nonsence.. it occurs only in spring when my skin is like "what the hell is sun again" and i don't have to be out long for it to occur. it itches and small red lumps occur, like a rash.. but it passes

first i thought i was allergic to sunscreen, but it occurs when i don't wear it too. some creams and lotions or skin products might enhance it, but i don't know if that is the case here. but the more i expose my skin for sun, the more "used to it" it becomes and it kinda idk.. toughens up. it is actually quite common, especially in skandinavia, more common among females. exactly why some people have this reaction is unclear... but my theory is that the skin forgets what sun is during the darker periods and then overreacts when exposed to UVA and UVB light.

no Azriel, it doesn't cause too much problems for me.. since it's still the hormonal part of spring, i got the rash on wednesday/thursday/friday (because the weather was really nice, 10-15 degrees and sunny so we sat in the park and barbiqued and practised sign language for the exam) but now (saturday and sunday) it is cloudy and some hail and rain, so my skin is almost back to normal and doesn't itsh. the lumps are still there, but the redness is gone, so my skin just looks like its normal ugly self

i am guessing, if we still get some hours with nice sunny weather, i won't be reacting so much come june

and i can get tan and sun-kissed (without using bronzer)

halfwise wrote:Well, if it's a seasonal thing than it's not much worse than getting sunburned until you develop a tan each spring.  That's good.

but sun burn can be avoided, this cant really... not even sun screen.. well it might prevent it a little, but i ge tit wiht sunscreen too (i think some of the ingredients in it sucks though, i have to use like the mayonaise-kind for kids)....


and the getting tan from a sunburn is a lie.. because the skin litterally dies... so you're just as pale underneath.. prolonged, controlled exposure to the sun, gives you a tan.

Amarië wrote:My kids get that too. A combo of sun and sweat maybe, at least that's my guess. It stays for a while and then it's gone.

but yeah, it disappears after a while, so no stress... just annoying when you tryna be a flawless elf ..

Prickly heat? I used to get it a lot but not so much now. I put sudocrem on my hands to stop it as used to have to cover up if I didnt.