Elves in nappies ? Playful Elvish children might look cute ? Is maternity the same for Elves as it is for mere mortals ? Because I noticed a distinct lack of mothers in LOTR's. No glowing mother-to-be Elves floating around in gossamer dresses eating peculiar things like, garlic bulbs ? No tetchy Fathers- to- be agreeing to go to war because that eased the worry & seemed like the better option than hanging around, no small pale skinned, blue eyed, siblings waiting eagerly for a little bundle they can chase, tease & bully ? Are the boy children taken away & taught to fight "300" style while the girls are taught politics & how to counteract lecherous Dwarves or some such ?? Not an Elf I know but, I loved Aowyn.  My kinda girl

Feisty tho feminine. Where & who was her mother ? Id like to know a bit about these unseen & unheard Mothers. If you went by Peejers LOTR's you might feel sorry for Denethor's wife. I see them like Vera & Jack from Coronation Street  ( old British TV soap) He made Denethor a lonely manky Widower who was just inches away from a nursing home.
_________________
"All we have to decide is what to do with the time that is given to us. It's the job that's never started as takes longest to finish.”
"There are far, far, better things ahead than any we can leave behind"
If you always do what you have always done, you will always get what you always got

{{ Lot of dead or absent mothers in LotR's, presumably as Tolkien lost his own mother young. But Frodo's parents are both dead, I honestly cant remember if Sam has a mother still living, if so we see them or hear of her about as often as we do Merry or Pippin's. Aragorn's mother is gone, so too is Boromir and Faramir's mother, Eowyn and Eomer's mother is likewise dead, as too is Theodred's mother (Theodens wife), Arwen and her brothers their mother too is gone and so too is Legolas's.
And Ive probably missed some, and quite a few did not go well! So yeah, Tolkien has a bit of a downer on mothers in his tales, they are important to be sure, but they tend to not only not feature, but to be already dead.

Though the mothers are notably absent, the fathers we DO have are never seen acting as fathers. We get a little bit of Elrond acting as a surrogate father to Aragorn in the appendices, and a bit less in his role with Arwen. He never interacts with her in the feast. We never see Legolas with Thranduil, or Gimli interacting with Gloin.

Pettytyrant101 wrote:{{ Oh kit!!!  Thank Eru for that, thought you said 'kilt' for a second there and meant me!

In which case yes, once a year for my annual bath

and I whack my kilt over a big rock to knock off the crusty stiff bits.

Elves in kilts no, that'd be stupid, mind you at this rate we're going to have elves in nappies!

I bet your kilt has little hairy legs by now. what with the genetic mutation in that primordial crust. I imagine it running off over t'hills with the wild haggis in the misty mist.
_________________

{{ The cast apparently- from the official twitter stream thingy}} 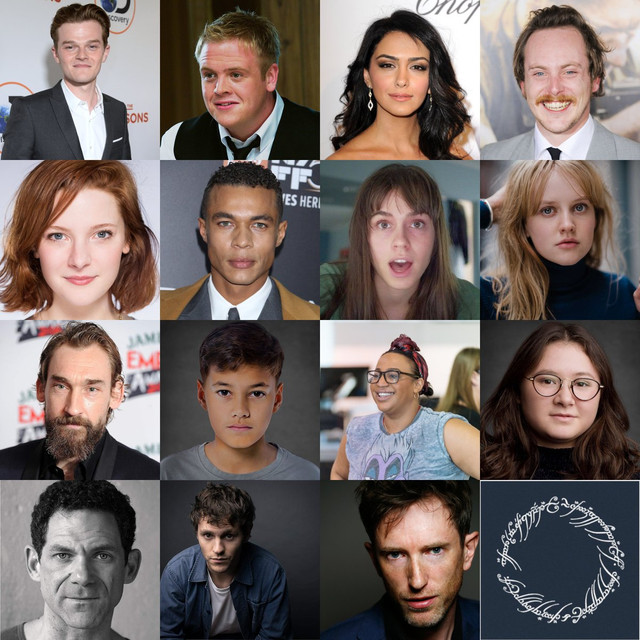 This guy can't pronounce any of their names.

I love the way this guy talks! You just want to be sitting with him in a pub listening to him talk about anything, anything would sound funny when he tells it.

Up until the current version of Dr Who "woke" was seen as a good thing to be. That's why it took me 8 minutes to figure out which way this guy was going with his use of it.
_________________
Halfwise, son of Halfwit. Brother of Nitwit, son of Halfwit. Half brother of Figwit.
Then it gets complicated...

I don't like how this looks at all. I'm getting flashbacks to the hero shots of the dwarves from the Hobbit movie reveal.
_________________
"No one knows what the new day shall bring him" -Aragorn T.A. 3019 March 4th
Save Merp for 2013!
25,000 and counting. 12-23-12
"From him they learnt many things it were not good for any but the great Valar to know, for being half-comprehended such deep hidden things slay happiness; and besides many of the sayings of Melko were cunning lies or were but partly true, and the Noldoli ceased to sing, and their viols fell silent upon the hill of Kôr, for their hearts grew somewhat older as their lore grew deeper and their desires more swollen, and the books of their wisdom were multiplied as the leaves of the forest." 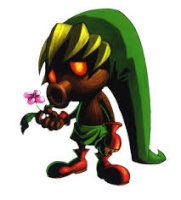 looks like diversity is going to be a thing. In a mythical Anglo-Saxon story with no Afro-American characters. looks like there are no adults either.
_________________

I don't like how this looks at all. I'm getting flashbacks to the hero shots of the dwarves from the Hobbit movie reveal.

yeah,reminded me of this poster: 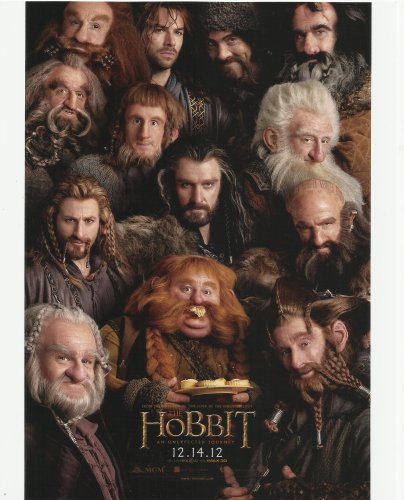 which in itself always makes me think of: 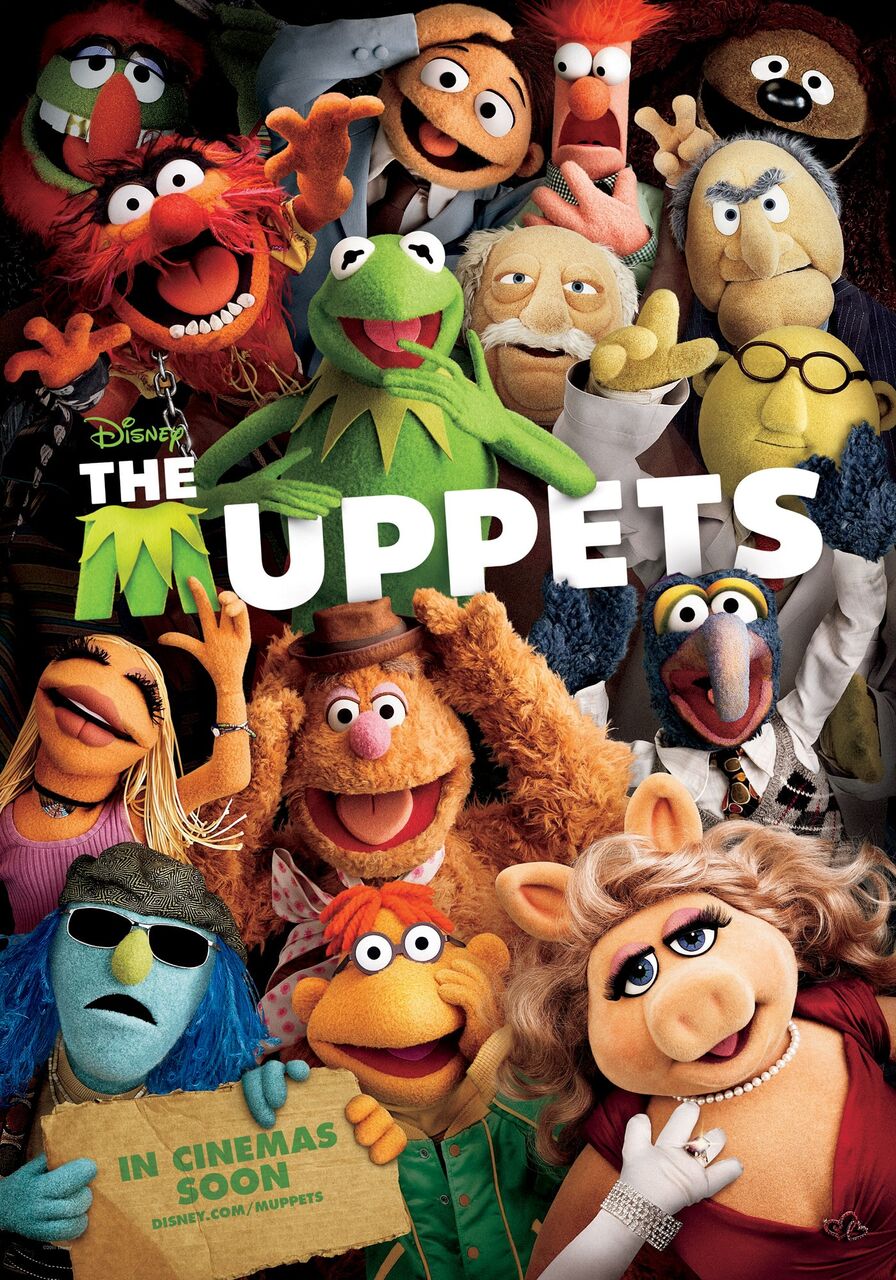 I get why they do hero shots/individual reveals in marketing but it often comes across as a bit cheesy i.m.o, I haven't been paying much attention to the development of the TV series but is this casting announcement one of the first solid bits of info we have got so far? Have they actually released much in the way of story details yet? A bit surprising in a way, the cast is relatively unknown so more story details may have been more of a hook at this point to kick start the marketing.
_________________
The Thorin: An Unexpected Rewrite December 2012 (I was on the money apparently)
The Tauriel: Desolation of Canon December 2013 (Accurate again!)
The Sod-it! : Battling my Indifference December 2014 (You know what they say, third time's the charm)

You've been on a tear recently, Malick; scoring point after point. Hints of the story approach would definitely kindle far more interest than this cast. And they wouldn't be casting until they understood their characters, so they could've done this by now.
_________________
Halfwise, son of Halfwit. Brother of Nitwit, son of Halfwit. Half brother of Figwit.
Then it gets complicated...

'is this casting announcement one of the first solid bits of info we have got so far? Have they actually released much in the way of story details yet?'- Malick

{{ yeah this is pretty much it for solid news. We havent a clue as to story, we are hedging bets basicaly as all we do know is 2nd Age, that it will cover the forging of the Rings of Power- but thats a guess at this point, it could be end of 2nd age for all we know and its Downfall of Numenor and the Last Alliance, or maybe they will someohow try to cover the major events of the entire age. As of yet we have no idea.
Alternatively going on the casting it could be set in a ME High School where we follow the shennagans of teenage Galadriel, Elrond, and Elendil as they try to find their way and fit into a multi-cultural ME as Galadriel has to face up to the threat of the Elvish patriarchy!

I think Gladders has the hots for a brooding Afro-American Elf with a chiselled jaw and few words. Her mum and dad want her to settle down in downtown Lothlorien with a nice but dim Celeborn, who actually much prefers playing rugby and getting all muddy and then cold-showering with his bros, but his fat maori step-sister Itaril steps in and persuades Celeborn that once he marries he can bugger off with his bros for months at a time on 'quests'.
_________________

Nice reading of physiognomy, Figgs.  I think a mixed-race elf couple is very much in cards.  They'll have to stick long silver hair on the guy but that's the price of being woke.

I think Celeborn is blonde guy top left, he looks like a chunky rugger-bugger type or jock. Moustache guy is probably going to be from Rohan, have a long ginger wig and have 'axe issues'. He has been brought up by a single dad after his mum was eaten by orcses, he is sensitive and prefers chasing butterflies over the weirdly scrubby brown grasslands. When spooked by passing rabbits he giggles like a loon and wets his pants.
_________________

Okay so we got a little more backstory on the actors. This guy did not equate the "main villain" to Sauron, which set me off a bit before I realized they had named Galadriel but nobody else. That's rather odd, don't you think? If they name her they certainly would have named Sauron if he was involved, but how they could NOT involve him is beyond my comprehension. Perhaps this first season we are going to get the chronicles of young Galadriel before she gets wrapped up in the larger story halfway through the second age. If that's what they are doing I can think of no better way to piss off the Tolkien fans.
_________________
Halfwise, son of Halfwit. Brother of Nitwit, son of Halfwit. Half brother of Figwit.
Then it gets complicated...

It will be helpful to have a second age chronology laid out here for reference.  Aside from the books one is available Here:
http://tolkiengateway.net/wiki/Timeline/Second_Age
But I'll condense into the relevant happenings.

~ year 1: foundation of grey havens and Numenor
500: Sauron returns to middle earth (where was he before?)
600: Numenorians begin to make contact in middle earth
725: Aldarion begins making trips to middle earth, forging connections with Gil-Galad and reinforcing the coasts of middle earth against Sauron
830: wedding of Aldarion and Erendis
1000: Sauron begins construction of Barad-dur
1350: First mention of Galadriel and Celeborn, who had been in Eregion up until this time, but now move to Lorien
1500: first rings of power forged
1590: 3 rings forged after Sauron has departed
1600: one ring forged, Barad-dur completed and Sauron declares himself openly
1600-1699: battle of elves and Sauron, Sauron overruns Eregion, Rivendell is founded
1700: Sauron defeated by Numenorians
1701: first white council, Galadriel and Celeborn move to Belfalas
2250: Elven Tongue abandoned for Kings of Numenor, Nazgul appear
2960: Elven Tongue abandoned throughout Numenor
3209,19: birth of Isildur and Anarion
3261: Al Pharazon Lands at Umbar, Sauron taken as willing prisoner
3319: Downfall of Numenor, Gondor founded soon after
3429: Sauron takes Minas Ithil
3430: Last Alliance Formed
3434: Battle of Dagorlad and seige of Barad-dur
3441: defeat of Sauron