There is a lot of misinformation on other forums, so definitely do NOT rely on posts there. Eldo, Petty, and I should be able to find you some well sourced information though.

As far as Elvish language goes, one is based on Finnish and the other based on Celtic/Gaelic, though I forget which off the top of my head. Rohan is based on Anglo/Saxon and Nordic Mythology, as are the Dwarves if I recall correctly. Gondor seems to be based somewhat on Rome. The Shire is clearly based on the British country-side (all the counties originally had Shire at the end of their names, Yorkshire is one of the few that is still referred to in that manner) and the folks that inhabit it.

The Valar are based on a blend of Classical Greco/Roman Mythology blended with the emphasis that Catholicism puts on the Hierarchy of Angels. The main difference being that Angels are NOT co-creators with God in Christian Theology, whereas the Gods of Classical paganism are. Which is why the Valar are more properly Gods who are under a Supreme Godhead (Eru Illuvatar).

This is just a simplistic over-view, and I don't have references handy. But Eldo will probably pop by and give you some good sources of information. 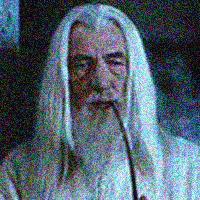 GB is right to suggest being wary, though a thread from another forum does come to mind that is probably worth looking at. "Norse imagery in Tolkien's ME" on LOTR Plaza is very long, but I'd look through at least the first page.

I don't agree with everything mentioned in the thread, particularly the parts about hopeless courage, but there is some good material in there, particularly (IMO) the stuff about the Odinic wanderer.

GB is spot-on about the various other influences. I think that there were some passages in The Book of Lost Tales (Tolkien's very first draft of The Silmarillion) that compared the Valar to Norse gods, but I may be misremembering. Much of the Silm. was inspired by the Kalevala, though I don't know if you consider Finland to be Norse or not.

It's also worth noting that Istari (Tolkien's term for the Wizards) is a variant of the name of Ishtar, one of the primary Sumer-Babylonian Goddesses. Other variants in the region include Isis

, Astarte, and eventually Aphrodite (all connected with Venus). http://en.wikipedia.org/wiki/Ishtar

Another point of comparison is the linguistic etymology of Maia (the Lesser Valar) which comes all the way from the Indian word Maya which is a word with multiple meanings centered around the term illusion: http://en.wikipedia.org/wiki/Maya_(illusion) It is believed to be of Sanskrit origin and is a term central to Hinduism and its offshoots: Buddhism (technically a dialectic with Hinduism) and Sikhism (which seems to be a mix be related to Hinduism, but also Islam).

Also, the term Ainur seems to have etymological roots in the term Ainu, which were the original inhabitants of Eastern Russia and Japan (before the influx of peoples from the Korean Peninsula into japan).

So Tolkien drew far and wide for his sources. And it's also worth noting that even if Eldo is right about the Valar originally being of Norse Mythology (I'm not certain about the veracity of that), The Norse Pantheon is itself a derivative of the Proto-Indo-European Pantheon. In my understanding though, the Valar are referred to in Tolkien's earliest writings as Sylphs which is of more Animist pre-classical Pagan views--which fits in with the concept of the Titans of Greek Mythology, and the earlier epics of Tiamat and Marduk, and the Ancient Celtic Gods. Basically these were Animist Nature Spirits that were overthrown (literally in Greek Mythology) by their "sons" and "daughters" which became the Classical Gods and Goddesses often referred to as the Sky Gods. In the more Ancient Animist Traditions The Goddess is at the Top of the Godhead being the "Mother of All," and the Nature Spirits have stronger connections to the Earth and the Forces of Nature, rather than the Gods an Goddesses of Classical Paganism which are said to be beyond nature and of the Heavens (hence Sky Gods).

Never thanked you for the help you gave me, it seems! Must have forgotten

Most of the paper ended up being about the Norwegian translations compared to eachother and Tolkien's original, though, but your replies came in handy too

You're very welcome; I'm glad I could be of assistance!

Maybe someone can help me with this:
Some time ago I decided to buy the Lord of the Rings - Complete Recordings. I was quick enough to get the 1st and the 3rd Complete Recording at a reasonable price, but I somehow failed to notice that there are only very few copies of the 2nd one left...
And now the prices for the Two Towers are going through the roof

Aaaaand I don't really want to buy a used copy, because.. yeah.. you never know what might have already happened to it.

So: Any of you know some shop where I can still get/some shop that can deliver a standard priced, sealed copy?

Which version is it Semiramis? (and good to see you back about the place again)
Is it the Inglis read one?
_________________
Pure Publications, The Tower of Lore and the Former Admin's Office are Reasonably Proud to Present-

OMG! I've been looking for the Inglis version for ages!!!
(where can I get it?

But that's not what I was talking about in the first place: I mean the Soundtrack Complete Recordings

Ah- sorry wasnt sure.
The Inglis version was on youtube- might be worth a search there for it and installing a vid downloader into your browser.

That's gotta be a new version! I mean a new upload; it's the same version obviously. Thanks very, very much!!!!

To be honest, I've already downloaded Inglis' version of The Fellowship, the first book of the Two Towers and and some chapters of the Hobbit some years ago - but AGAIN: I took my time, until one day *snap* everything else was gone...
Gotta be faster now

Of course, I could also download the Complete Recordings of the Two Towers, but it isn't just the music that's great about this CD-box, but also the booklet written by Doug Adams - explaining for example why exactly this music was used for this exact scene and for which scene this or that theme was originally developed.....
I'm crazy for stuff like that

For example: did you ever realize that when Rohan comes to Gondors aid in the third film, that the Nature-theme (can be heard during "the last March of the Ents" for the first time) AND the Rohan-theme can be heard in the background?? I never realized this until I got the Complete Recordings of the Return of the King.
(The Battle of the Pelennor Fields

Ride now! Ride for ruin and the world's ending!
DEEEEEEEEEAAAAAATH!!!

oh. finland is not norse. just. while i am reading this.

oooh. soundtrack music? like, full recordings, meaning everything? i soooo want that

and the hobbit thing (the audiobook) was so cuuute!!!

Norc wrote:oh. finland is not norse. just. while i am reading this.

Yeah, wow, that comment looks pretty stupid looking back on it two and a half years later.

yeah it does doesn't it

yeah, you have. like that sentence right there. it's a very poor sentence. espcesially out of context. stupider than what? though what? what have you written stupider? or what is a stupider?

Good thing the context for that post is immediately above it, then.

I admire your continuing efforts to demonstrate that I'm dumb, though.


(btw, idiot actually means "one who's not interested in politics" so..(comes from old greek) you may or may not be an idiot)

I can write full, correct sentences (and I often do both on this forum and off) but I choose not to sometimes.

one should try to avoid these () at all costs (unless it's absolutely necessary, which it isn't here, here i could've used a comma).

Yeah, I know I overuse parentheses but they're convenient when I have an additional thought but don't feel like going back and editing the sentence into proper coherence.