Happy Birthday !! I hope you have a great day ! Best Wishes ! 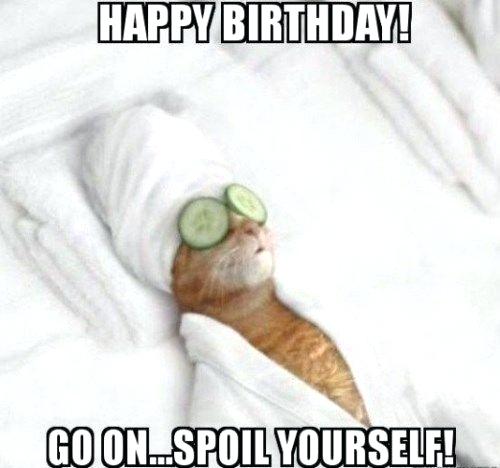 Thought I’d pop in to see if there was anything of a ‘Moderator’ thing need doing... but...no....

I don't normally 'do' birthdays, but here's hoping your next quarter century will remain as bewildering as the first. The fact that you early on developed a voice of intellectual and moral clarity through it all speaks to the hidden gems of a complicated life. I think you'll climb heights hidden to others.

*sniffles* I'll drink to that. (There was just a few drops left, so it counts as tidying up.) 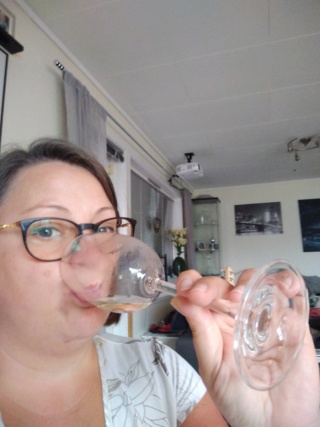 Here, watch some poorly animated puppies while I try to find that onion someone has hidden in here.

Get some buckie down you

Hope you have a wonderful day.

And please note, I only deliver these! I think they mean well! 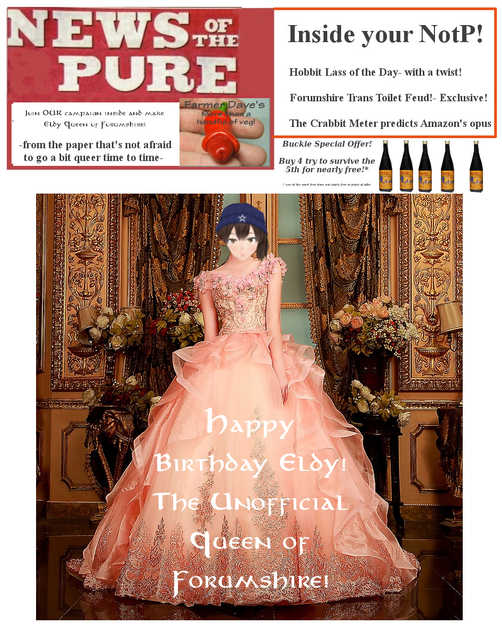 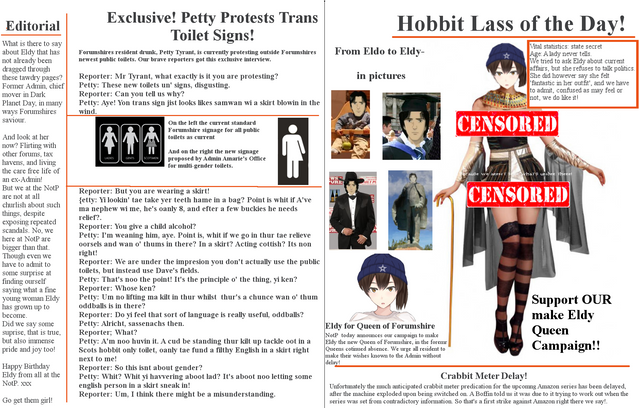 Forget being Queen--being the Page 3 Hobbit Lass of the Day is how a girl really knows she's made it in Forumshire.

Thank you all for the birthday wishes! Especially Halfy--8am or not, that was really touching--and of course Petty for another memorable special birthday edition of the NotP. These threads are always nice to read, despite my complicated and largely negative feelings about my birthday in general. Though today ended up being one of the best birthdays I've had in a long time, so maybe I'll eventually turn a corner on how I feel about it being acknowledged IRL as well as on Forumshire.

The day you don’t have complicated and negative feelings, full stop, I will start to look around for the sky falling —- and don’t call me Chicken Little!

I already wished you a happy birthday on bookface, but I'll do it again here, a belated congratulations on your 25th Eldy hope it was enjyable

Orwell wrote:The day you don’t have complicated and negative feelings, full stop, I will start to look around for the sky falling —- and don’t call me Chicken Little!

So this is what happens when you step out for 5 minutes, suddenly there is a party going on.

“Salut!”, certainly, as they say in Catalan. And to many more.

With the years things have a tendency to seem a bit clearer, although there is an appealing innocence with youth that I am not sure returns. Not that I mean to say.. Wow, you’re so old now! Or something to that effect.