So... was Fingolfin valiant or foolish in his final attack on Morgoth?

I'd say valiant, and desperate. But the formal outshown the latter.

I don't think he was either brave nor foolish. He was misinformed. You could say right from the start he was misinformed. He choose the wrong reason to take his people to ME- the belief that he should not split the people, and in so doing he ended up taking part in the slaying at the harbours, again through being misinformed, or more accurately not informed at all, being unaware it was Feanor who had started it. His decision to assualt Angband and challenge Morgoth was again misinformation- he believed all his allies had being defeated in Dagor Bragollach. Anger overcame him and he rode to challenge Morgoth, presumably believeing he was the only left who could do so.

Tinuviel wrote:I'd say valiant, and desperate. But the formal outshown the latter.

Frankly, I believe that the "formal" should always outshine everything. Your view is clearly a respectable one, Tin, and I can but agree with you.

And Mr Tyrant, Fingolfin did what he saw as his duty. "Stiff upper lip" or "bravery" - call it what you will. :ugeek:

Well I think Fingolfin was clearly courageous and so I would say that he was valiant, but trying to take on a physical god (essentially...) in one-on-one combat is a bit foolish, or at least foolhardy. I'd say he was both.

Putting aside all the misinformation he was going on, I'd come down on the foolhardy side. There is nothing brave in throwing your life away in what you know will be a useless attempt. It was only ever going to end one way, so foolish.

Putting aside all the misinformation he was going on, I'd come down on the foolhardy side. There is nothing brave in throwing your life away in what you know will be a useless attempt. It was only ever going to end one way, so foolish.

I have to agree with Petty that throwing one's life away isn't very smart. Unless you're a cat with 8 lives left, of course! 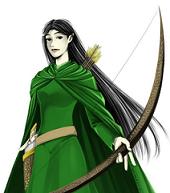 But what if Fingolfin is a cat?

Then he ought to act more cuddly. You know, kitten-like.

He was valiant indeed! Love the story about Fingolfin. IMO one of the most bravest and nobles of all elves. 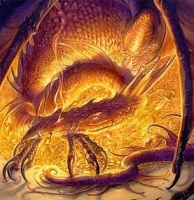 He must have been valiant, as there are two Finwes in every Fingolfin.

I think he was indeed desperate and valiant as Tolkien said after he died (not sure why he being valiant is even in discussion here) and his chances were very low, but as we know Morgoth<<<<Melkor and he thought he could kill the mortal and weakened form of him especially with his sword Ringil. For example I don't think Turin killing Glaurung with that sword would be any easier than piercing Morgoth's chest thus killing his mortal form at least for some time, I mean Morgoth couldn't totally heal of the wounds made by Fingolfin imagine what a mortal blow would do.
Finally I agree with the part where he was misinformed and that his rage blinded all reason, even so it's not everyone that get nervous and decide to fight a fallen Valar.

Come on people... his Quenya name is Finwe Arafinwe... thus there's two Finwes in every Finarfin too (a Sindarized combination of the Quenya name)! :nudge nudge:

Since June 2012! not one laugh yet. Is it possible that that's not the comic gold I think it is?

Never give up hope my boy. Maybe in another 2 years some erudite soul will happen by and think "that was rather clever" rather than "that sure was some geeked-out stretching for a joke". Time will tell.

Well I'm not getting any younger... but you're right... there is still hope...