I feel very tentative about starting a new thread on a forum filled with such eminent fans but...

Was Gandalf actually the first troll?

Actually, what I'm talking about is not some crazy theory about trolls and the Maiar, so don't throw me in the asylum just yet. What I'm talking about is the scene in The Hobbit with the trolls. Surely Gandalf's performance was the first known example of trolling while impersonating others with the specific aim of starting a flamewar? Actually, there was a fair bit of trolling before the gates of Troy, but we're not really sure where Gandalf fits in the whole scheme of things date-wise so I'm going to call him the oldest.

On a more pertinent thread (I just drank a glass of water), I hope there really is something of the playful in Gandalf in the film. He was a grim old man in book!LOTR and given the stakes that makes perfect sense, but he had a sense of humour under those huge eyebrows and film!TH will hopefully allow him to show that side rather than worrying that it would be inconsistent (which is where I worry that they're viewing TH as a prequel rather than a wonderful story in its own right - I see no necessity for the Dol Guldur/White Council storyline and it'll be distracting in my view). 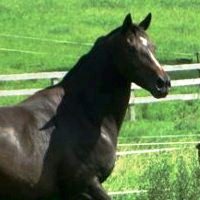 YES! HE IS SUCH A TROLL!

I just hope they keep that in TH. I know that in the trailer it looks like he calls the sun or whatever, but it could be that he just crakes the mountain thing he stands upon so that the sun brakes over the hill earlier.
yeah, I too hope they don't look at it too much like i prequel, it is, but it's a story of it's own.

ha good theory! but he was a walkingtalking troll then, he looked like a kindly twinkly old man, but underneath the eyebrows and the grumpyness was a maia of awesome power, cool! thats what I call trolling.

I say, "No" to prequels and "No" to White Councils!

See, online communal drinking is an excellent way to bypass the 'don't drink alone' advice my mother regularly offers up!

Excellent thread resurrection, Elthir! I have to wonder if the Gandalfs appeared in Sweden before or after the advent of the Hobbit/LotR? I think it would be more wonderful if they were there before.

(and it makes me miss Meiko more than ever!

Gandalf is a little similar to Gundulf. A monk from the times of the Norman conquest.
_________________
"All we have to decide is what to do with the time that is given to us. It's the job that's never started as takes longest to finish.”
"There are far, far, better things ahead than any we can leave behind"
If you always do what you have always done, you will always get what you always got