I wasn't really sure where to put this thread. I decided here because nowadays, even celebrities lives are considered 'entertainment.'

I kind of thought it'd be interesting to talk about what we thought of the various controversial celebrities right now and in history. Just some examples: OJ Simpson, Michael Jackson, Miley Cyrus, Ozzy, Marilyn Manson. Those kind of people.

I'll start the ball rolling with my thoughts on Michael Jackson. Love his music. Interesting person. Eccentric. Were his children actually his, considering they are white? I'm not sure, though much of the evidence points to them being from donated sperm. Was he a pedophile? I personally don't think so, from everything I've looked into on him, I don't think he'd be someone who would do that. He was definitely a socially awkward person who felt more comfortable around children than most adults. I have looked into the subject a lot, watched documentaries biased each way and relatively neutral, and I just don't feel like he'd be someone who'd do that.

Any other thoughts on Michael Jackson, his life, his music, or anything? Or thoughts on any other controversial celebs? 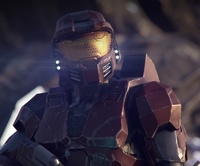 My daughter is Michael Jackson crazy ! she's 29yrs old & liked him since she was 14yrs old I think ? She is very defensive of him, if someone is overly rude or abusive but, even she has doubts about him. I think we both agree he may not have been a child molester, ( thats such a sensitive subject, I may be so wrong

) but he was fooking weird, there's no getting away from that. There's one thing to be weird in private, especially if it doesnt really cause problems for others but, to be outright weird in public ?? I feel he grew more & more mentally 'lost' thus setting himself up more easily for rogues to cash in on the MJ fame. That little boy, Jordan was his name ?, try & prove he's lying, or his family are ? or prove Jackson was lying ? People say Jackson behaved as he did due to a crappy childhood ? well, LOTS of people have worse than crappy childhoods but, do they ALL become weird ? I dunno ? For me, (I only liked a few songs of his) I feel his personality outweighs his music. There's to much speculation about his weirdness that takes the shine off his songs.
_________________
"All we have to decide is what to do with the time that is given to us. It's the job that's never started as takes longest to finish.”
"There are far, far, better things ahead than any we can leave behind"
If you always do what you have always done, you will always get what you always got

why does some poeple have the need to judge others? be it celebs or not. it's stupid. i don't like this thread at all.

Well, considering how much judging goes on through the rest of the threads, be it about religion, politics, or anything, I didn't think this would be that different. All I really wanted to do was have relatively intelligent discussions on the subject.
_________________
I was a baby when I learned to suck, but you have raised it to an art-form

Norc wrote:why does some poeple have the need to judge others? be it celebs or not. it's stupid. i don't like this thread at all.

And some people are judges.

celebrities invite judgement, its the price of fame unfortunately. They spew out intimate details of their lives, and more fool us for reading the pages of Heat magazine or the tabloids. If they wanted a private life they shouldnt Tweet what they have had for breakfast or intimate details of their sex lives (I am looking at you Angelina Jolie). Some celebrities manage to have a private life and some are so hugely famous like MJ that they attract manic fans who want to know everything about them. Its ok to judge their art/music/acting whatever, but them as human beings is less constructive after all we dont know them personally and everything we do know is through the media. I think we can judge them if they set themselves up as 'feminist' or political, you can judge their views and what they stand for, but not who they are as private people, unless they commit a crime and then its a free for all.

I've never really understood the hunger to know everything about celebrities. It seems to me that there are weirder and more interesting people around us every day of our lives, if we only took the trouble to ask.

Everyone judges everyone... normally within about 90 seconds. But it didn't seem that was the point of the thread, only to discuss controversial celebrities... There will be as much judgement in that as that of a film (and therefore it's makers, actors, money people). Not sure the issue really.

My issue at the moment is Miley Cyrus. She always came across odd but seems to have really lost the plot recently (joining Kanye West and Justin Bieber).

Too many people saying yes to them... probably because they are the greedy ones. The people that should say no probably get lost somewhere.

its a bit desperate and sickening, ok Madonna took her kit off and was provocative but it was a lot more arty farty, Cyrus just looks tacky.
_________________

Lancebloke wrote:
Too many people saying yes to them... probably because they are the greedy ones. The people that should say no probably get lost somewhere.

I think that's a fairly accurate assumption. Many of these celebs have trouble with the law, money, or whatever because they get bad advice, or are never told 'no'. They surround themselves with people who will do or tell them what they want, not people who actually try to do what is best for the celeb.
_________________
I was a baby when I learned to suck, but you have raised it to an art-form

I figure she's just turned 21 and she wants the world to know she's not Hanna Montana anymore. She's not the first person to go a bit crazy at that age.

If she's lucky she'll get it sorted out in a couple of years and figure out what she wants to do with her life. Or she may crash and burn like Lindsay Lohan. Either way it's fodder for the tabloids.
_________________

Miley Cyrus is just a bit

frankly, I feel kinda sorry for her, she is trying so hard to replace her image as Hanna Motana is comes across as tacky, desperate and a little sad. As David said, mayeb she'll pull herself together and make it a success, but few child stars suceed in the leap to adult careers.

The Harry Potter kids seem to be doing alright, though that's probably he influence of growing up with an adult cast/crew for 10 years in a closed enviroment.
_________________
The Thorin: An Unexpected Rewrite December 2012 (I was on the money apparently)
The Tauriel: Desolation of Canon December 2013 (Accurate again!)
The Sod-it! : Battling my Indifference December 2014 (You know what they say, third time's the charm)

Everyone judges everyone... normally within about 90 seconds. But it didn't seem that was the point of the thread, only to discuss controversial celebrities... There will be as much judgement in that as that of a film (and therefore it's makers, actors, money people). Not sure the issue really.

My issue at the moment is Miley Cyrus. She always came across odd but seems to have really lost the plot recently (joining Kanye West and Justin Bieber).

Too many people saying yes to them... probably because they are the greedy ones. The people that should say no probably get lost somewhere.

This thread does not seem to have much of a point.
_________________
"'But whereas we have drunk with thee, who seemest to be a man of lineage, and thou hast been blithe with us, we will tell thee that we have seen one riding south along the Greenway, clad in a coat as green as the way, with the leafless tree done on his breast. So nigh to him we were that we heard his cry as he sped along, as ye may hear the lapwing whining, for he said: "POINT AND EDGE, POINT AND EDGE! THE RED WATER AMIDST OF THE HILLS!" In my lifetime such a man hath, to my knowledge, been seen thrice before; and after each sight of him followed evil days and the death of men.'"

Miley knows exactly what she is doing. She was a cute little Disney girl nobody cared about, and her fans have moved on. And unless you are insanely talented you have to play on sex. So either you do what everybody else does: inflated lips, silicone boobs, big round ass. Or you do your own thing.

But its not just Miley- she gets the press but a quick google search of a few names of leading female pop stars soon shows that her act is perfectly normal for female artists, heres Lady Gaga, Beyonce, Lily Allen performing their stage show- 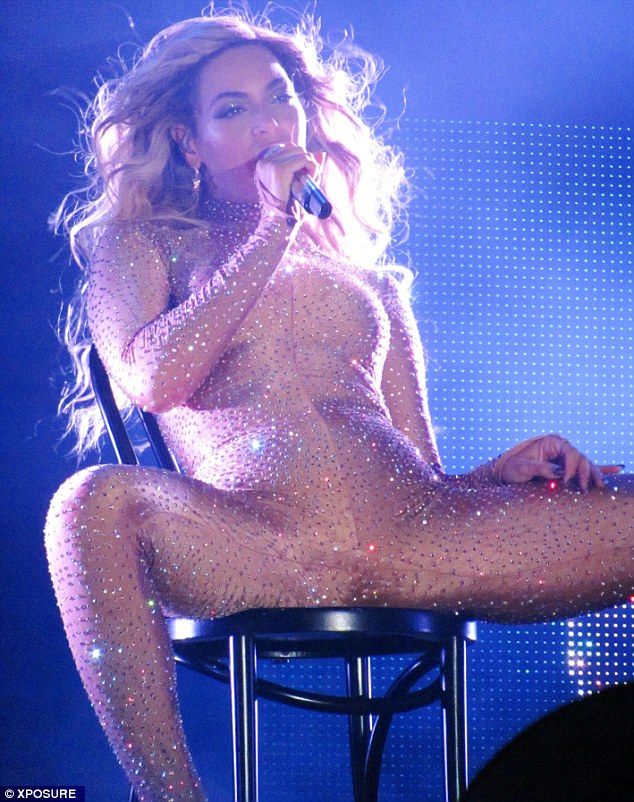 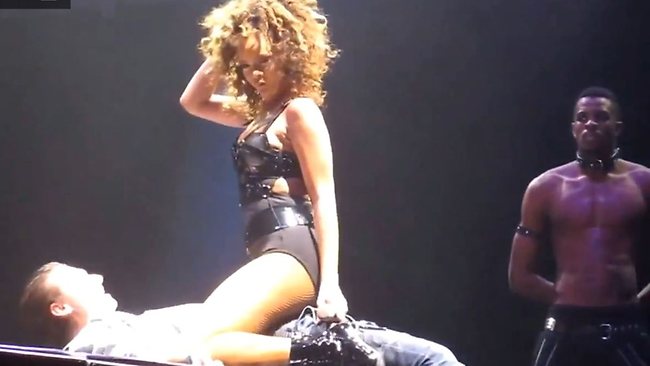 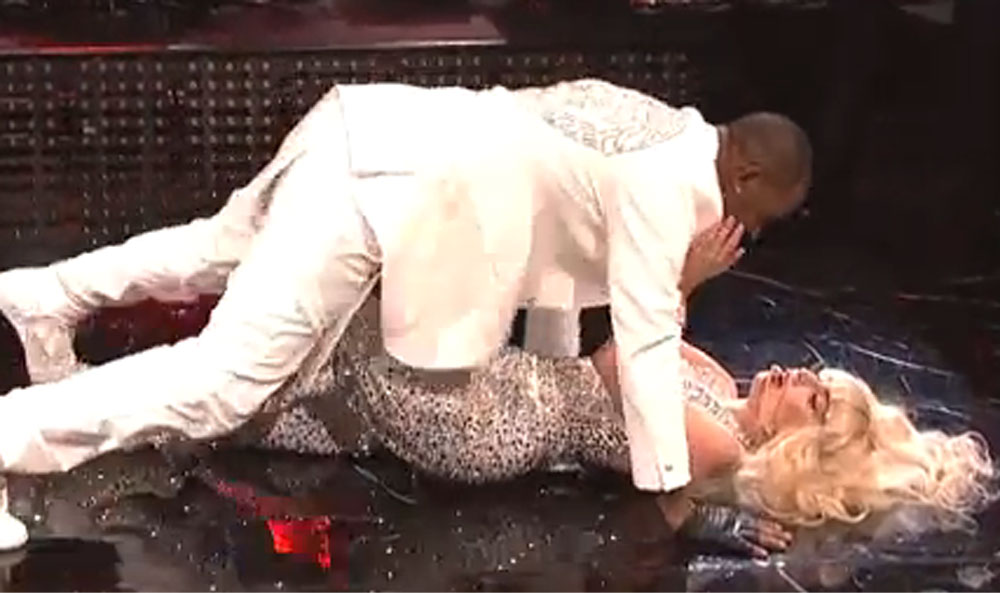 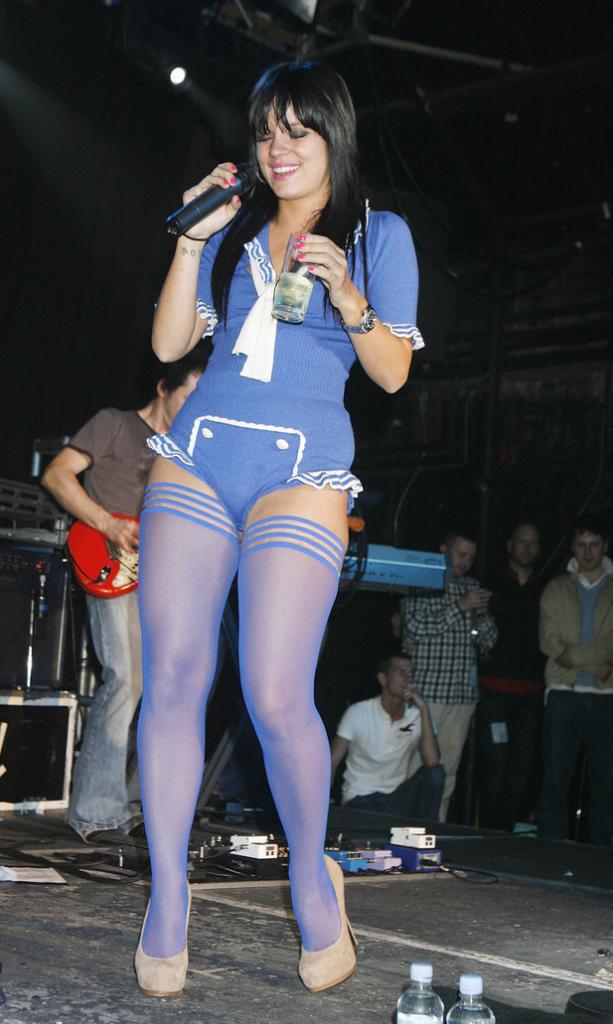 Whats the message to young girls here? You can only succeed if you wear see through clothing or skin tight clothing or simulate sex acts in public?
_________________
Pure Publications, The Tower of Lore and the Former Admin's Office are Reasonably Proud to Present-

Thinking about sweet little Miley, I just googled "Disney child stars" and the top hit was an article:


8 Disney Stars Who Haven't Gone Off The Deep End
Huffington Post
Growing out of child stardom seems to be a near impossible task. With a test sample of Disney channel actors, it is easy to see how many have ended up with glitches on their paths to becoming the perfect role models.

Think about it. It is hard to search a Disney star's name online without finding reports of drug abuse, rehab, promiscuity, and nude photo scandals. However, an impressive few have made it into adulthood relatively unscathed, and as bold representations of the morals taught through Disney's programming.

Here are the eight former Disney stars who have managed to not go wild, and be a bit productive in the process.

I think that the fact of NOT "going wiild" is a top news story says something...